Let’s Modernize How We Manage Our Health Care System

Posted on April 21, 2017 by universalhealthct 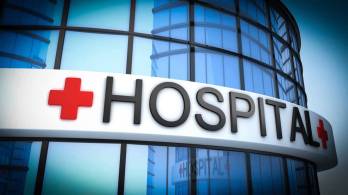 Last week, we discussed why Connecticut should create an Office of Health Strategy, which is part of Senate Bill 795.

But there is a second, and just as important, part of that bill – modernizing how we oversee health care providers, including hospitals and ever-larger hospital systems in our state.  It addresses the Certificate of Need program, and the Office of Health Care Access.  Most importantly, it addresses how hospitals and health care providers can be more accountable to the communities they serve.

What is the Certificate of Need program?

Connecticut’s Certificate of Need (CON) Program is run by the Office of Health Care Access (OHCA).  When a health care provider proposes to purchase new equipment, open or close a facility, transfer ownership, and other changes, the provider must get a CON from OHCA before making that change.

In just the past year, L+M Hospital was taken over by Yale-New Haven Health System, and a for-profit company (Prospect Medical Holdings) bought Manchester, Rockville and Waterbury Hospitals.  Next month, there’s a CON hearing for Hartford HealthCare Corporation to acquire Charlotte Hungerford Hospital in Torrington.

And remember when Windham Community Hospital lost its Critical Care Unit – and the community spoke up, but no CON was required?

Where did these proposed changes come from?

Last year, Governor Malloy signed Executive Order 51 (and then revised it with Executive Order 51a), which created the Certificate of Need Task Force (we wrote about that in a few blogs).  After the Task Force completed its work, the governor then used the report from the group to propose changes to the CON Program, as well as OHCA’s duties.  These proposed changes make up the second part of Senate Bill 795.

Here are some highlights:

New goals for a new era:

More protections for people after a merger:

Why do we need a change, anyway?

Since the CON Program was established in the 1970’s, our state’s health care landscape has changed dramatically.  The goal of the program was to limit the amount of health care services in the state.  It was once thought that overbuilding, expanding, or buying a lot of major medical equipment would drive up health care costs because there would be too many people offering the same services.

Two parts of a critical whole

Despite the fact that we’ve written about this bill in two separate parts, both parts of this bill rely on each other.  The changes to the CON program and to OHCA’s work on statewide health planning efforts are critical components of the Office of Health Strategy.