When Patients Don’t Have Deep Pockets

Posted on March 10, 2016 by universalhealthct 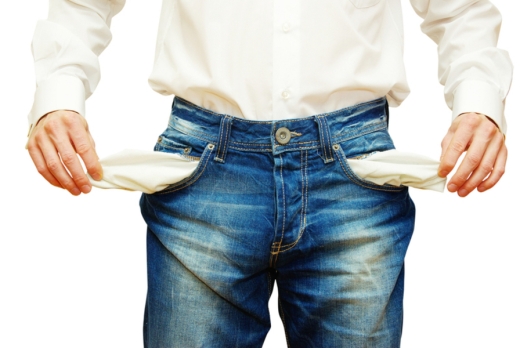 States are attempting to tackle the issue of high drug prices by limiting the cost of what insured patients have to pay out-of-pocket for their prescriptions.

Copays, coinsurance and deductibles, which are forms of out-of-pocket payment, are intended to reduce unnecessary care and lower health care costs. However, they often have the opposite result.

If people can’t afford to fill their prescriptions, their health worsens and their care can end up being much more expensive than it would have been if they had taken their medications.

Protection from the High Cost of Specialty Drugs

In October 2015 in California, a bill was signed into law that limits cost sharing to $250 for a month’s supply of medication.  At least seven other states have already put limits on out-of-pocket drug payments.

A bill has been raised in the Connecticut General Assembly, An Act Concerning Cost Sharing for Prescription Drugs, which is being heard by the Insurance and Real Estate Committee.  The proposed legislation limits copays to $100 per month.  It also has language keeping all drugs in a specific class from all being listed in the highest tier of an insurer’s prescription drug formulary.

Massachusetts’  “No Copay Bill” targets a different class of medications — zeroing in on making sure that prescription drugs that manage chronic conditions, such as diabetes or asthma, are available at no cost.  The focus of this bill is on “high-value and low-cost drugs such as insulin, inhalers, and hypertension medications.”  The intention is that barrier-free access to key medications will mean avoiding more costly health care expenses like hospitalizations down the road.

This bill promotes the concept known as Value Based Insurance Design (VBID).  VBID is a benefit design that extends the practice of free preventive care coverage, already required by the Affordable Care Act, to help people with common chronic diseases like diabetes or hypertension.   With the removal or lowering of cost sharing requirements, people are more able to maintain their health.

In Connecticut, large employers, including the state employee health plan, have embraced VBID.  In addition, the State Innovation Model (SIM) project is turning to VBID as an important innovation to test for improving care and controlling costs.

A SIM workgroup, the Value Based Insurance Design Consortium, composed of large employer representatives, consumers, providers and insurers began meeting in January 2016.  By creating a table where influential stakeholders are working together, this effort is likely to have an impact beyond SIM, spreading the word about the advantages of VBID to employers throughout the state.

Not everyone has the deep pockets necessary to pay ever-increasing pharmaceutical copays, coinsurance and deductibles.  It’s good to see both copay limits and VBID approaches being considered in our state.  A focus on removing financial barriers to needed medications is essential to maintain the health of Connecticut’s residents and ultimately control costs, too.

The next blog in the series will address transparency legislation, which is aimed at lowering the overall prices of high cost medications.

This entry was posted in Jill Zorn and tagged FightRxPrices. Bookmark the permalink.

2 Responses to When Patients Don’t Have Deep Pockets