Posted on November 20, 2015 by universalhealthct 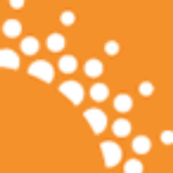 The Board of Directors of Access Health CT met for their last meeting of 2015, receiving an update on the ongoing open enrollment period. You can watch the presentation here.

Highlights from this open enrollment period:

A new Consumer Decision Support (CDS) tool has launched, to help applicants choose the right plan level for them. It can be found at https://cds.accesshealthct.com/.

What is going on with in-person assistance?

Many have enrolled at AccessHealth CT storefronts in New Haven and New Britain and at Community Enrollment Partners (CEP) throughout the state. However, the storefronts are open normal business hours during the week, and half days on Saturdays. Many of the CEPs aren’t open on weekends at all.

What will be happening for tax season next year?

The exchange is preparing for tax filing season next year, when everyone will have to file a 1095 form with their tax return to prove that they had health insurance coverage. AccessHealth CT is responsible for sending 1095A forms to those with QHPs, the Department of Social Services (DSS) and health insurance carriers will send 1095Bs to those on Medicaid or who purchase insurance directly, and employers will send 1095Cs to their employees.

What happened to those who lost HUSKY (Medicaid) coverage in the recent budget cuts?

At the beginning of September, around 1,200 Medicaid recipients lost their coverage due to state budget cuts. Over the summer and fall, the exchange and DSS worked to transition these people to QHPs with subsidies. Only 167 people had enrolled by the end of October, and it is believed that most of the rest are now uninsured.

No AHCT Board meeting in December — We will return with coverage in January.

The Board has cancelled their scheduled December meeting, so the next meeting will be in January, in the final weeks of the 2016 Open Enrollment period.

This entry was posted in From the Foundation, Max Friedman and tagged Access Health CT. Bookmark the permalink.